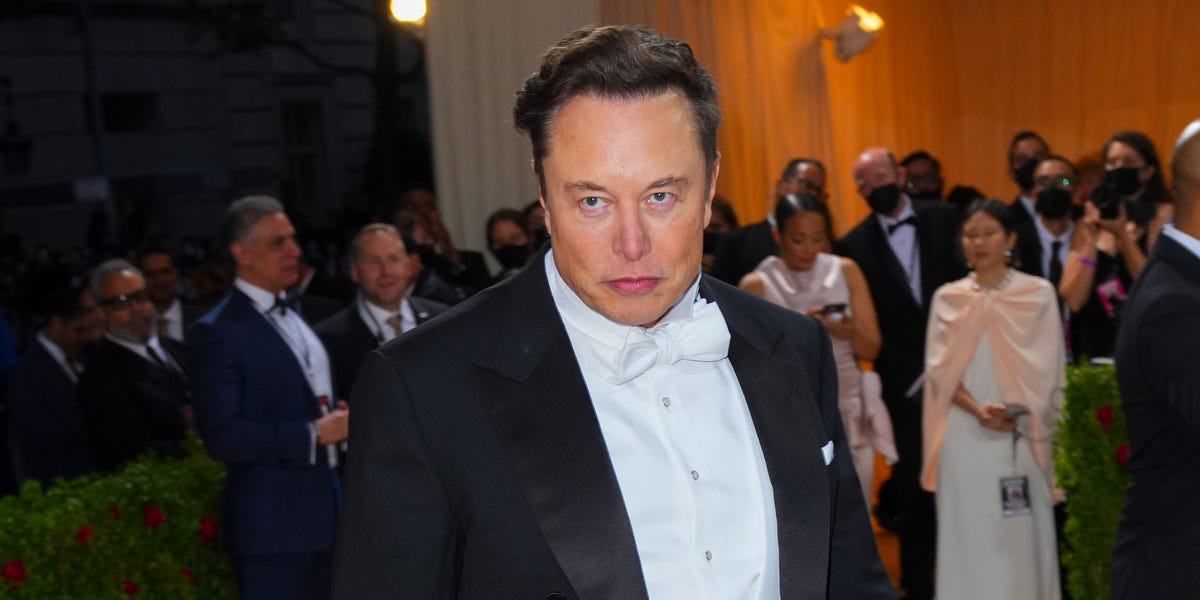 From charges of business fraud and allegations of personal misconduct to a public archive of provocative Twitter rants, Elon Musk is no stranger to scandal.

The CEO of Tesla, SpaceX, Neuralink, and The Boring Company is dealing with a potential $1 billion penalty for walking away from a $44 billion bid to buy Twitter; allegations of an affair with Nicole Shanahan, the wife of Sergey Brin, Musk’s longtime friend and a Google cofounder; and news that he secretly fathered twins with Shivon Zilis, a Tesla executive — and that’s just within the past 30 days.

It’s unusual for a CEO shrouded in so much scandal, controversy, and alleged misconduct to maintain footing at the helm of four companies with a combined valuation in the billions. Duncan Levin, a criminal defense attorney who represents controversial clients, such as Harvey Weinstein, Clare Bronfman, and Anna Delvey, told Insider: “No one is scandal-proof. Although, obviously, Elon Musk is somewhat insulated from fallout since he runs his own company.”

For example, Musk has been accused of fostering a toxic culture of racism and sexism at the businesses he runs. In June, 15 former and current Black employees at Tesla filed a lawsuit against the electric-car maker, alleging racial discrimination. In 2018, SpaceX — the aerospace company founded by Musk — paid a flight attendant $250,000 to settle a sexual-misconduct claim against the CEO. Despite his antics, Musk remains largely unscathed professionally.

Musk’s ability to bounce back from repercussions is the result of a complex interplay of a fierce, cultlike fandom and his transformational leadership style, experts told Insider.

Musk’s transformational style of leadership is the subject of substantial analysis, research, and case studies. “He’s such an unpredictable character, and nobody really knows which way he is going to turn, which makes him such an interesting leader to follow,” said Jay Baer, the founder of the marketing-consultancy startup Convince & Convert, an advisory firm with clients such as 3M, Oracle, Cisco, and Nike.

Musk’s innovations in space travel and clean energy make him an iconic figure among electric-car enthusiasts, space lovers, and tech geeks. “I think he’s a deeply flawed, fascinating person,” said Tom Goodwin, a cofounder of the business-consultancy startup All We Have Is Now and the host of “The Edge,” a business, tech, and culture video series on Euronews. “Everything that Musk represents is about challenging traditional ways of doing business.”

Chad Anderson, the CEO of the space-tech VC fund Space Angels Network, was an early investor in SpaceX and told Insider that while Musk is not without flaws, he has the kind of “vision and real chops” that makes the impossible possible.

What’s more, he’s highly intelligent and ahead of most people, a former manager at Tesla previously told Insider. “You have to think 10 times more audacious than he does to be able to be successful,” the employee said.

The controversies Musk faces, the tension he builds, the avid base of fans and allies, and the growing number of enemies only add to his legend, Goodwin said. “The chronicling of obstacles being overcome and the rallying of others behind a shared goal are generating energy and fueling the narrative.”

What’s more, Musk’s unflappability is similar to the phenomenon that brought Trump’s ascendance.

“Musk is Teflon in the same way that Trump is Teflon,” Baer said. He recalled when Trump said he could shoot someone on 5th Avenue and “not lose any voters.” After that remark in 2016, he went on to be elected president. Musk has the same halo, he added.

“They are the movement they’ve built,” said Baer, adding that without Trump, there would be no MAGA, and that without Musk, the allure of his companies would be diminished.

This is vastly different from most other CEOs, who are somewhat interchangeable mercenaries or founders who usually don’t have the voting shares or board control to give themselves scandal immunity, Baer said.

For example, it’s not uncommon for CEOs to be asked to step down in light of allegations of personal improprieties. Reports said that Bill Gates left Microsoft’s board amid an investigation into an alleged affair with an employee, while Brian Krzanich, Intel’s CEO, resigned after what the tech firm described as a past consensual relationship with a middle manager.

“Musk’s and Trump’s numerous ethical shortcomings make them more effective,” Baer said. “They are both ‘morality mavericks,’ and that works for them, not against them.”