Home » HELP!!! The “Headies Award” Clash With Wizkid’s “O2 Arena Concert” On The Same Day – Which One Should Fireboy Attend?

HELP!!! The “Headies Award” Clash With Wizkid’s “O2 Arena Concert” On The Same Day – Which One Should Fireboy Attend?

Times in life, you will be faced with very tough perplexing situations, but you just have to stand tall and make a Man decision.

Well, this might not really be a very hard decision for the YBNL act, Fireboy to make though, but I believe any of the decisions he took will have its own inherent Pros & Cons on his career in the long run.

Fireboy shared his Wizkid‘s “Starboy Fest” confirmation artwork on his Instagram page and the whole fans were happy for him. As the Wizkid drops a comment on the post, then the certainty breeze blew to his coming performance at the concert. 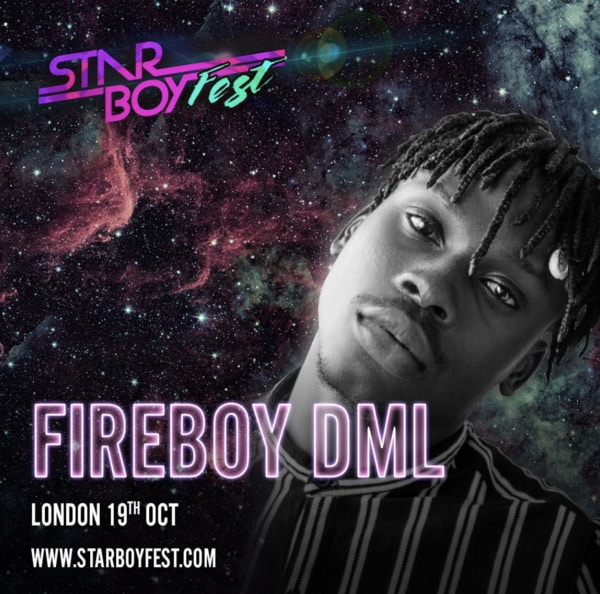 However, the main ground of war in this whole issue is that the Wizkid’s concert dubbed “Starboy Fest” was said to take place at one of the most famous halls in the world, The 02 Arena, London, clash on the same day (October 19th, 2019) with the prestigious award night “The Headies Award“.

Guess, Fireboy will probably be in a situation where he can’t hold head or a tail of this issue of either boycotting the Headies for the Wizkid’s concert.

WHY IS THIS ABOUT FIREBOY ALONE?

Well, you’ve got a nice question there, the thing is taking a look at the confirmed artistes for the Wizkid concert, Fireboy is the newest artiste that got confirmed for the concert and also got Nominated to the most controversial Category, Next Rated of the Headies award.

Missing a chance to perform alongside Wizkid on the most sought after stage in the world, “The 02 Arena” is very brutal, however, not gracing the Headies Award night at your debut year in the Industry won’t also have a smiling effect on someone’s career. So both are very stiff to decide on.

Which Of These Events Do You Think Is More Important For Fireboy To Attend & Why?

Let’s hear your advice for Fireboy…