New Delhi: An Indian drummer’s performance at a ‘jagrata’ has caught the attention of international pop singer Justin Bieber, who is all set to perform in the national capital this October. 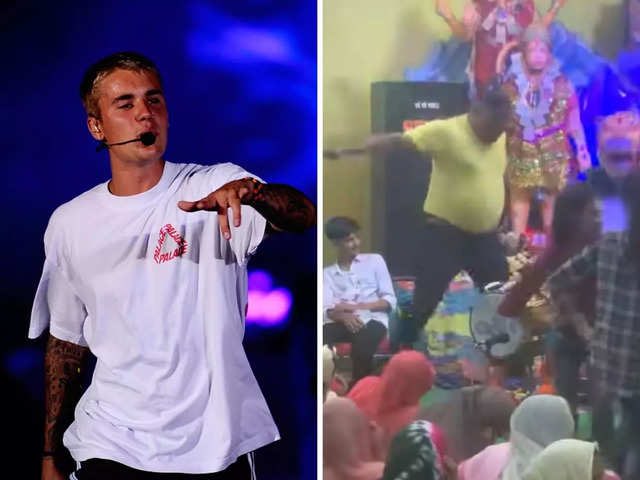 “@stixxtaylor, I am expecting you to do this next show,” he wrote.

The meme-worthy video of the drummer who is seen jumping in sync to the beats of the drum has been shared widely on the internet.

Justin Beiber shares a video of Indian Drummer. He Asked his Drummer to play like him in the next show.@justinbieber#justinbeiber pic.twitter.com/xaMeaWGTSo

Bieber uploaded the video on his gram and tagged his drummer, asking him to perform similarly in his next show.

“Hahahaha so cute,” one user said.

The viral video was originally posted on Instagram by a user named Rangile Haryanvi on July 8.

Justin is scheduled to arrive in New Delhi for a performance on October 18, 2022. The India leg of the ‘Justice World Tour’ will be held at the iconic Jawaharlal Nehru Stadium (JLN Stadium), New Delhi.

The singer had announced earlier that he was forced to postpone his ‘Justice Tour’ after being diagnosed with Ramsay Hunt. In a video message, the singer had revealed that he was suffering from partial facial paralysis due to a viral infection. As a result, his concerts in Las Vegas (June 28), Glendale, Arizona (June 30), and Inglewood, California (July 2-3) were impacted.

Later that same week, Hailey Bieber said that her husband was “getting better every day” during a ‘Good Morning America’ appearance. “Obviously it was just a very scary and random situation to happen,” she explained.

Before India, Justin Bieber’s Justice tour may head to Europe in early August. Bieber will resume the world tour at Lucca Summer Festival in Italy on July 31.