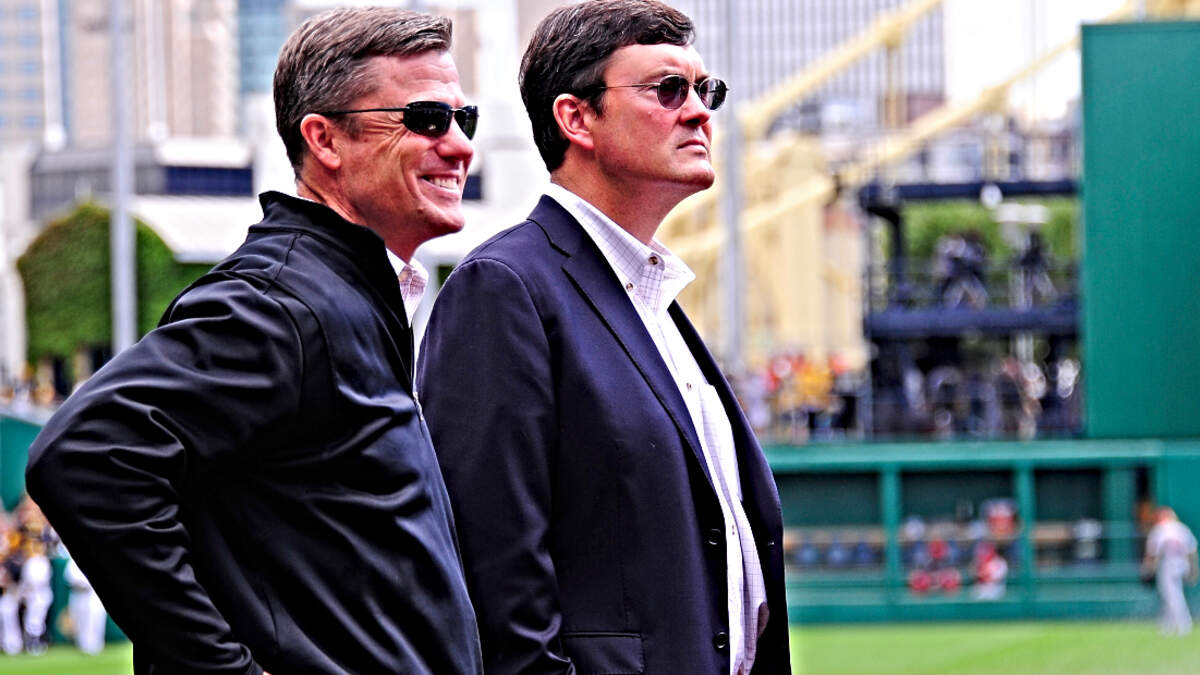 A viral video shows an awkward moment in which Pittsburgh Pirates owner Bob Nutting poses alongside a fan wearing a “sell the team” t-shirt.

The video, which already has 1.2 million views as of Thursday (August 4), was shared by the Twitter account @cityofsteelspo1 with the caption “FOR THE YINZERS!!!”

The fan is seen adjusting his opened Pirates jersey to properly show the “sell the team” shirt while posing alongside Nutting, who clearly notices it and continues to smile for a photo.

The shirt was produced and sold by former NFL punter turned sports broadcasting star and Plum native Pat McAfee, who quote-tweeted the video with “oh wow.”

The Pirates are currently 43-62 and 14.0 games back in the National League Central Division standings.

Pittsburgh has had 12 losing seasons and just three playoff appearances — zero series wins — since Nutting purchased the franchise in 2007, which included finishing last in the NL Central during each of the last three seasons.

“I know how much fans care, and I know how much they want this team to be better. We’re working every day, putting the right people in place to accomplish that. I hope they know how much I care, too. There’s nothing more important to me than getting this right,” Nutting told the Pittsburgh Post-Gazette in an exclusive interview ahead of the 2021 MLB season. “I respect that they care so much to get mad. They deserve the team to perform better, certainly than it did last year. It was time for a fresh direction, and they should expect that. They should also know that I appreciate and respect the passion and the caring.”

Rob Parker on Trey Lance Starting: ‘Niners Have No Clue What They’re Doing’

Who Is Michelle Jenneke Dating In 2022? Find Out About Her Partner On Instagram

Where Are Idi Amin’s Other Wives And Wife Madina Amin Today? The Children And The Wealth