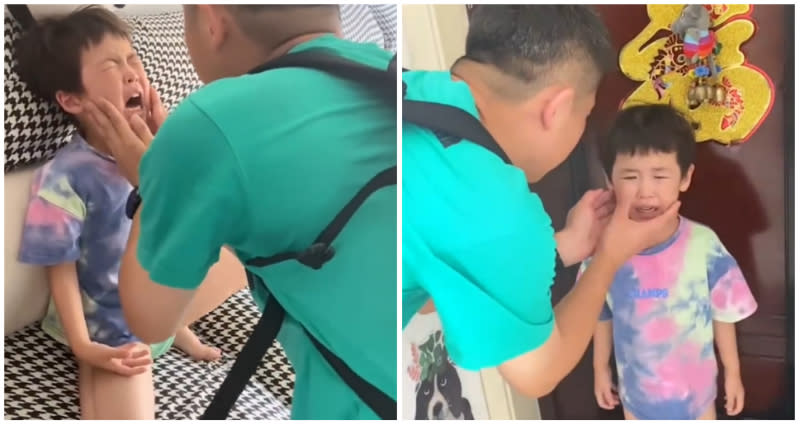 A video of a boy bursting into tears as he begs his soldier father not to leave for duty has gone viral on Chinese social media.

The boy, who resides in Qingdao, China, was spending time with his father who returned home on Friday. Their reunion, however, did not last long since the father was unexpectedly called to return to duty the next day.

In a video uploaded to Weibo on Tuesday, the boy can be seen bursting into tears as he jumps up and down, begging his father not to go. He then runs to the door and blocks it to prevent his father from leaving. The boy’s father comforts him, patting his face and hugging him as the boy continues to cry.

“I don’t want you to leave,” the boy tearfully says.

More from NextShark: Meet ‘Your Korean Dad’ With Over 1.4 Million Followers on TikTok

The boy eventually opens the door for his father and tells him goodbye. He can be seen running back to the living room without turning back to look at his father.

Weibo users were left heartbroken after watching the video.

“I can’t imagine how uncomfortable it is after becoming a father. I burst into tears,” another user commented.

The video has amassed over 2.8 million views and 39,000 likes since being uploaded.